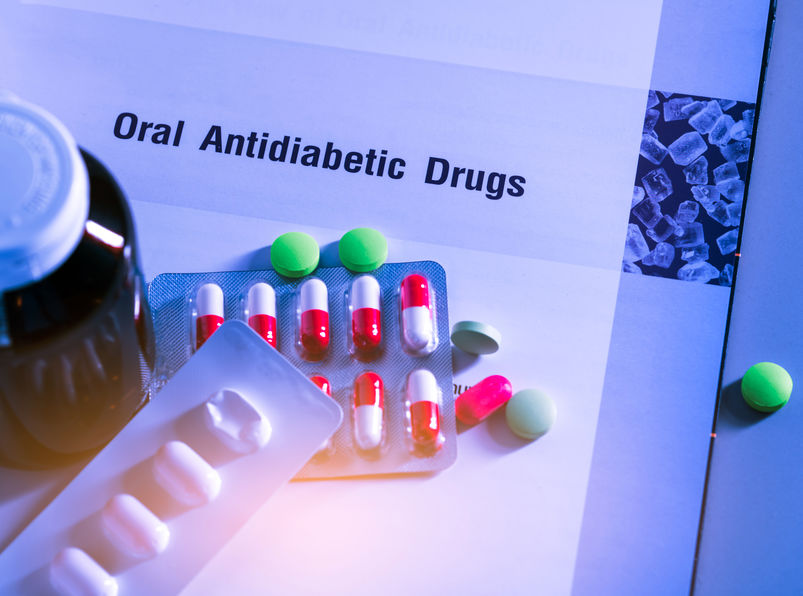 There were 80 million prescriptions of metformin in 2017; a first-line drug used in the treatment of type 2 diabetes. Around 10 percent of the US population, or 34.2 million people, have type 2 diabetes itself.

And that is why learning about metformin is important for pharmacy technicians.

As a technician, you will be handling prescriptions of metformin on an almost daily basis. On the pharmacy technician exam, you are likely to be asked some MCQs on this drug – so, for these reasons, it is worth taking the time to learn more about it.

At work, you may handle the following brand names of metformin:

However, metformin is not just used to treat type 2 diabetes.

It is also used in the treatment of polycystic ovary syndrome (PCOS); a common hormonal disorder where women have infrequent or prolonged menstrual periods, often due to alterations in androgen levels. Metformin is sometimes used in PCOS to lower insulin and blood sugar levels. It also reduces testosterone production and helps patients to lose weight.

However, metformin is overwhelmingly used to treat diabetes – and that is where our focus will remain. Now, we turn our attention to the specifics of metformin pharmacology – namely, how the drug works to achieve its therapeutic effects.

Metformin is used to control blood glucose levels, which may rise too extensively in patients with diabetes.

It achieves this effect by the following three mechanisms:

Metformin itself belongs to a class of medicines called biguanides. As a biguanide, metformin does not stimulate release of insulin from the pancreas. Instead, the drug increases the body’s response (or “sensitivity”) to insulin.

The precise mechanism by which metformin achieves its effects is not yet entirely understood.

Unlike many other oral hypoglycemic drugs, metformin does not cause weight gain.

And in patients with diabetes, this effect matters. After all, many cases of diabetes emerge from factors such as obesity.

Instead, metformin reduces weight gain and – in some cases – encourages weight loss.

Other side effects of metformin include:

This is by no means an exhaustive list, but we have covered the most common side effects associated with metformin.

Given the importance of metformin, students are routinely asked questions about this medicine. Whilst you do not need to know metformin pharmacology in intense detail, you should understand much of the basics of what we have covered.

Below, we have put together 5 sample PTCB questions that reflect the style and standard you can expect on the day of your examination.

Q. What is the active ingredient of the medicine, Glucophage?

Q. Which of the following conditions is an indication of metformin?

Q. Which of these side effects is not linked to metformin use?

b. Vitamin B12 deficiency

Q. Metformin can be used to lower blood sugar levels in patients with which of these conditions?

Q. Which of these medicines contains the active ingredient, metformin?

As a pharmacy technician, knowing metformin pharmacology is important.

In the community or hospital pharmacy setting, technicians will encounter many patients taking this vital and effective medicine. You should understand how the drug works, how to identify key brand names, and many other essential details that we have covered in this article.

That way, you can ace any question on metformin if it comes up during your next pharmacy exam.

If you would like access to 1,250 more PTCB practice test questions to build your knowledge of medicines and master the exam, become a registered member of PTCB Test Prep today.