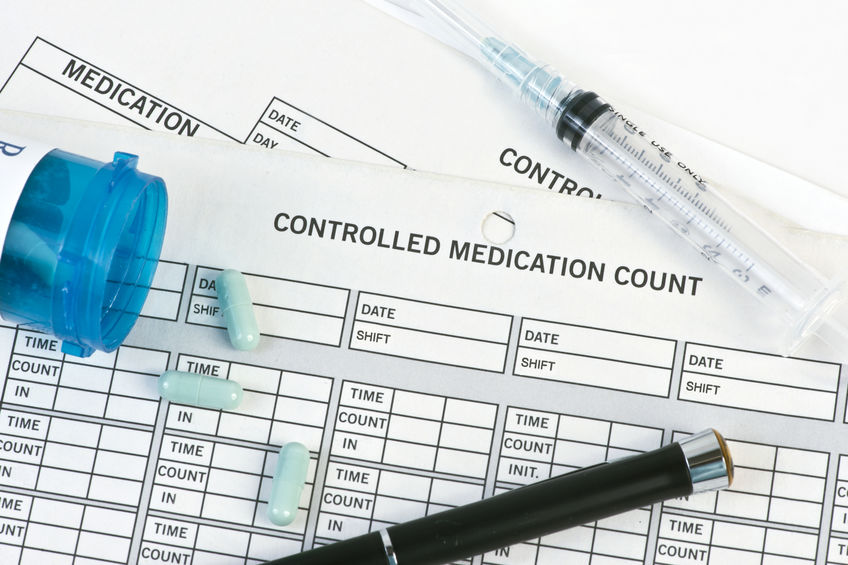 What are controlled substances?

The Controlled Substances Act was passed in 1970 and laid out the foundations for how controlled substances should be handled. This includes the storage of these drugs as well as the documentation that needed to be completed for records and safety purposes.

There are five classes – or schedules – of controlled substances. Schedule I drugs have the highest abuse potential whereas later schedules have lower abuse potential. The DEA – or Drug Enforcement Agency – oversees how controlled drugs are handled and managed within healthcare settings.

The DEA can if it chooses to, opt to add a drug from a schedule or to change drugs within different schedules. Furthermore, drug manufacturers can lobby for changes within these schedules.

Here are some example drugs that are included in each of the 5 schedules:

Bear in mind that some of these drugs – such as marijuana and cocaine – are now used in some states for therapeutic purposes, or for the purpose of cosmetic surgery.

How are Controlled Substances Handled?

Due to the nature of controlled substances and their abuse potential, it was vital that an organization – such as the DEA – was established to oversee how these drugs are managed and monitored in the pharmacy setting.

For the PTCB exam, candidates are expected to have a thorough understanding of the above schedules – as well as examples of drugs included in each – as well the conditions required of pharmacies and other healthcare settings in maintaining and monitoring how these drugs are stored, documented, and dispensed:

As a pharmacy technician, it is incumbent upon you to understand the role that controlled substances play in the pharmacy setting:

By committing these details to memory, it will serve you well on the day of your PTCB exam. MCQ questions on controlled substances can appear right throughout the exam – whether it’s the Medication section, the Federal Requirements section, or the Order Entry and Processing section. This is one of the core subjects that you need to have a robust grasp of.

If you have an account with PTCB Test Prep, you already have access to your learning portal where you can learn more about controlled substances. If not, take a few moments to register now.

How to Process a Medication Order!