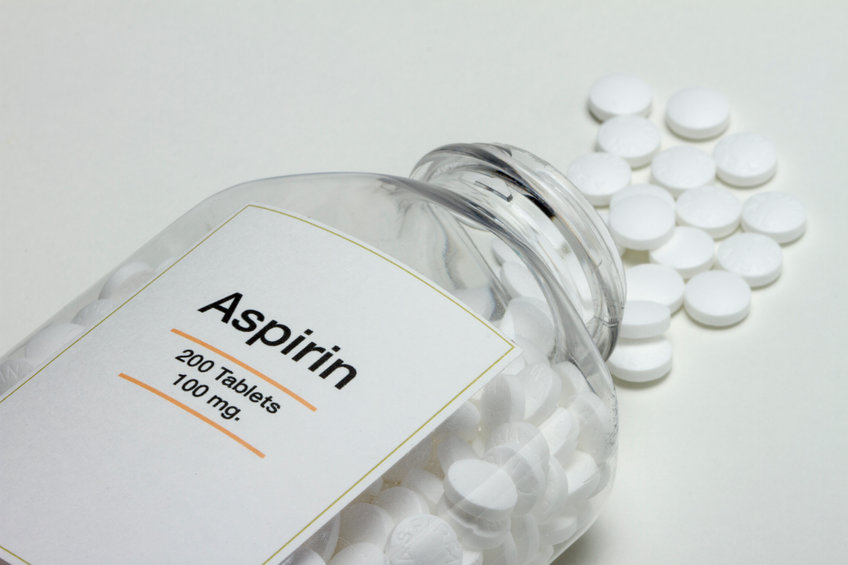 Aspirin is one of the most widely used drugs in the United States. Nearly 30 million Americans over the age of 40 take aspirin daily, for example.

As a pharmacy technician, then, it’s imperative that you understand aspirin pharmacology and key clinical factors about this medicine. Aspirin is routinely tested on the PTCB exam and the details we discuss here, including indications, mechanism of action, side effects, and drug interactions, gives you all the details you need to know.

There are four key indications of aspirin:

Given how effective aspirin is, coupled to its comparatively safe side effect profile, aspirin continues to remain a widely used medicine for many millions of patients throughout the country.

Brands that contain aspirin, and which you may come across, include:

NSAIDs as a class work by inhibiting the cyclooxygenase enzyme, often abbreviated as the acronym, COX. By inhibiting COX enzymes, NSAIDs reduce the production of pro-clotting factors in the body. This reduces platelet aggregation and the risk of arterial blockage.

The antiplatelet effects of aspirin occur at lower doses, whereas their antipyretic and analgesic effects occur at higher doses.

In discussing aspirin pharmacology above, we learned about the relationship between aspirin and COX enzymes. There are two COX enzymes: COX-1 and COX-2. Inhibition of these enzymes is also responsible for the side effect profile that we see with aspirin.

Note that because aspirin can cause bronchospasm, it is often avoided in patients with asthma.

Aspirin should be avoided in children under the age of 16 who have recently experienced / or are experiencing, a viral infection. This can cause Reye syndrome – which is characterized by serious liver and brain damage.

Aspirin can also trigger an acute attack of gout in susceptible patients.

Note that because aspirin is an antiplatelet drug that can cause bleeding, this risk of bleeding is amplified if the drug is taken with other drugs that can also cause bleeding such as:

That concludes our review of aspirin pharmacology! Found this helpful? Master the science of aspirin and every other drug class by registering to one of our three online courses – helping you pass the PTCB test and become a qualified, pharmacy technician in the United States!

How to Remember the Top 200 Drugs!