Antiplatelet and Anticoagulant Drugs to Know for the PTCB Exam! 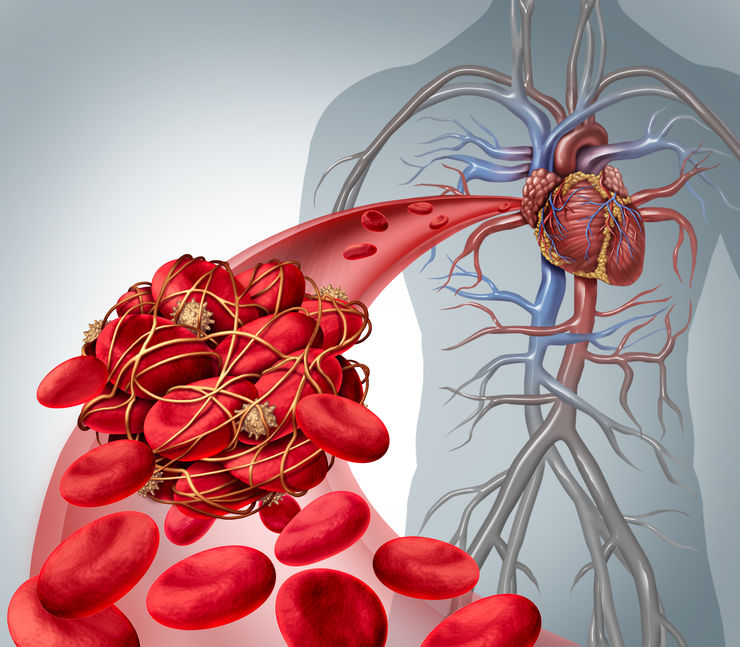 What is the difference?

Platelets are one of the three major blood cell types – alongside red blood cells (erythrocytes) and white blood cells (leucocytes). Platelets, or thrombocytes, are cells used to form blood clots. Where there is a bleed, tissue factors around the wound call on the body to send platelets to plug that wound – preventing further blood loss. Antiplatelet drugs are therefore used to prevent platelets from clumping together.

Anticoagulant drugs slow down the process of clot formation. If a patient presents with deep vein thrombosis, for example, where there’s a thrombosis (clot) in the deep veins of the leg, an anticoagulant can be used to slow down the growth of that clot. This means that, over time, the body can begin to break that clot down. This is important, too. If the clot grows and dislodges, it can travel to the lungs where it can cause pulmonary embolism. The clot could also travel to and clog one of the vessels leading up to the brain, causing a stroke.

Often, an antiplatelet drug is used alongside an anticoagulant drug. In patients with heart attack (myocardial infarction), this is often routine therapy.

There are three major classes of antiplatelet drug.

Note how all ADP receptor inhibitors contain ‘grel’ within their drug names, helping you to recall this drug class.

ADP receptors are found on the surface of platelets. These drugs inhibit these receptors, which is what causes their antiplatelet effects.

Aspirin is routinely given, for example, if a patient has suddenly experienced a myocardial infarction. An initial dose of 300mg may be given to the patient, with subsequent lower maintenance doses of 75mg per day.

These drugs are often used in patients who require a stent during PCI surgery (percutaneous coronary intervention). Stents are used to widen blood vessels that are otherwise blocked up, helping blood to flow through. Glycoprotein IIb/IIIa is a receptor for fibrinogen found on platelets, helping platelets to aggregate.

Many PTCB test questions ask about anticoagulant drugs. That’s because they are among the most widely used medicines and are used in the treatment of serious but common conditions.

An analogy is a large pot of homemade tomato soup. We can add water to the soup, thinning it. But by stirring the pot, we prevent a layer of coagulation on the surface of the tomato soup. This is the distinction – where anticoagulant drugs are the equivalent of stirring the pot and not adding water to “thin” it out.

Vitamin K is a pro-clotting vitamin.

Warfarin works by inhibiting vitamin K, preventing important blood clotting factors to form. Warfarin is commonly used to treat patients with deep vein thrombosis, and in atrial fibrillation, where there is a higher risk of clot formation.

The mechanism of heparins is complex but, at the minimum, they work to inhibit enzymes that would otherwise lead to the creation of pro-clotting factors.

As their name suggests, these drugs are more direct acting than either heparins or warfarin. They are also administered via the oral route rather than through any parenteral route of administration. They have a fast onset of effect and have short half-lives. Whereas warfarin requires consistent monitoring (via INR), this is less so for direct acting oral anticoagulants.

Over the course of this guide to antiplatelet and anticoagulant drugs, we have reviewed sixteen medicines.

These drugs are widely used in the hospital setting – and it’s important for pharmacy technicians to have a thorough knowledge of the difference between antiplatelet and anticoagulant drugs, the various drug classes, active ingredients, and common brand names. Associated clinical factors – such as food-drug interactions with warfarin, INR etc. – should also be known for the PTCB exam.

Whilst pharmacy technicians are not expected to know the coagulation pathways and mechanism of blood clot formation in detail, a basic understanding of the difference between how these drugs prevent clots formation/growth, is worth studying. It helps candidates understand how these drugs work, and this can assist recall during your study and revision periods.

Found this helpful? Master the PTCB exam and become a qualified pharmacy technician by joining one of our three online, self-paced courses – instant online PTCB test prep to help you dominate the exam.

What are Calcium Channel Blockers?

Top 50 Medical Signs and Symptoms You Need to Know!