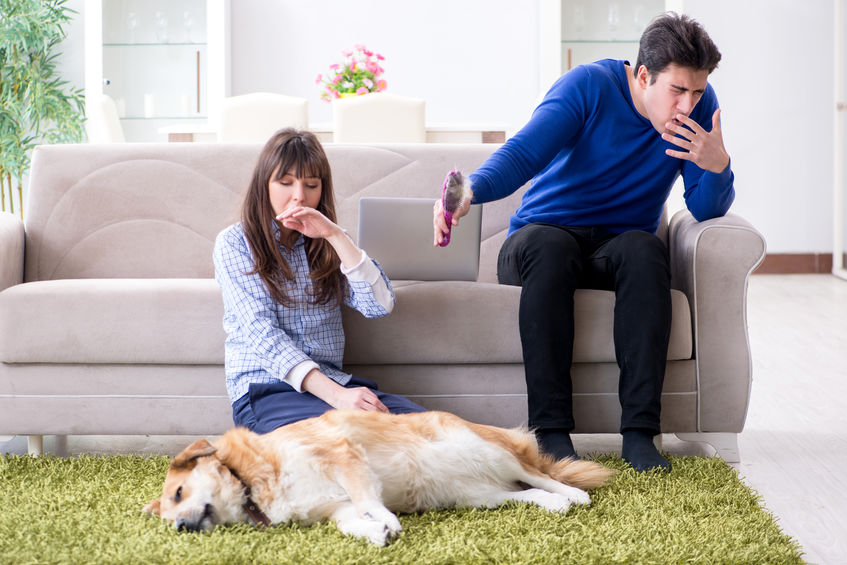 Allergies and hypersensitivity reactions are overreactions by the immune system to a foreign substance which is otherwise harmless.

On the PTCB exam, students may be asked questions on allergies, allergens, hypersensitivity classes, or common medicines used to treat allergies. If you have taken PTCB practice test questions, you may already have come across this topic. If not, here we have put together a comprehensive summary of the facts about allergies and hypersensitivity reactions that you need to know.

Many people suffer from allergies – up to 50 million people in the United States suffer from some form of allergy each year. As pharmacy technicians, it’s important that – as a front-line healthcare professional – you understand this illness and what measures and medicines are used to help patients control their symptoms. Let’s begin by learning more about the most common triggers of the allergic response.

Common kinds of allergens include:

How do allergies form?

Allergies typically do not develop from first exposure to the allergen. Instead, multiple exposures are needed for the body to create antibodies that can then trigger an immune response to future exposures of the allergen.

This process is known as sensitization.

Antibodies are responsible for breaking down these mast cells and releasing this neurotransmitter into the body.

Symptoms of an Allergy

When histamine is released, it is responsible for allergy symptoms, including:

Skin allergies often display local symptoms such as rash, eczema, burning sensation, and hives – along with many of the listed symptoms above.

In some cases, an allergic reaction can produce a potentially fatal reaction known as anaphylaxis. In anaphylaxis, the entire body is affected and includes more serious symptoms such as:

In cases of anaphylaxis, emergency treatment is required.

Allergies have a genetic element, too.

Instead, it is the susceptibility to a general allergic response that can be passed down.

There are many kinds of allergy and they do not all product the same response.

In this system, there are 4 types of hypersensitivity allergic reaction:

To summarize – Type 1 reactions form the vast majority of common allergic reactions to foreign substances; Type 4 reactions are delayed, occurring many hours or days after exposure; whereas Type 2 reactions refer to organ transplant rejection; and Type 3 reactions refer to an antibody-antigen complex that damages tissue in autoimmune conditions such as rheumatoid arthritis.

Treatment of allergies is symptomatic.

There are many effective medicines that can control symptoms. Medicines are available as either over the counter (OTC) or by prescription. The drug of choice depends on the symptoms the patient displays and their severity.

Medicines used to treat allergies and hypersensitivity reactions include:

Severe or life-threatening emergency allergies are treated using an epinephrine shot – which is found in medicines such as EpiPen or Twinject. IV fluids and corticosteroids may also be required as part of the treatment plan once the patient has stabilized from the anaphylactic response.

For the PTCB exam, students should have a working knowledge of:

As a pharmacy technician, it is important that you understand the differences between standard allergic symptoms and anaphylaxis, and the means through which allergic reactions take place. Technicians should also know the medicines that are frequently used to treat cough and cold.

Top 100 Facts to Know for the PTCB Exam!

What are Auxiliary Labels?

Cough and Cold Medicines to Know!